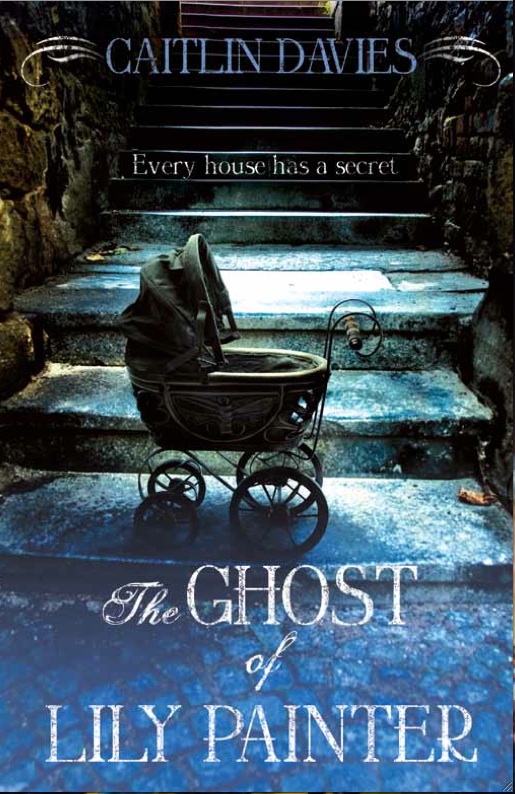 “Engrossing. (Davies) represents historical research as exciting, romantic and as offering personal catharsis. History, we discover, begins with where we live and the people who lived in our homes before us,” History Today

“In this dark thriller Caitlin Davies uses the haunted house as the frame for a disturbing story – based on a true case – of cruelty and exploitation in Victorian London,”
– Daily Mail

“The author’s exhaustive research has the same ability as Sarah Waters to vividly bring to life a particular period in history,”
– The Morning Star

Available as a large print, eBook, and Audio book (Isis).

A documentary series ‘Inside Holloway‘, made by WildfireTV, looks at the history of Europe’s largest women’s prison. In the first episode, which aired on Channel 5 on October 23rd 2014, I talk about the case of Sach and Walters.

The story behind the story

This novel is based in part on the real story of two Edwardian ‘baby farmers’ who were hanged at Holloway Prison in 1903.

It all started after I moved into a two bedroom terraced house in north London, built in the 1890s. For some reason I got interested in the history of the house, I wondered who had lived there before me, where they would have slept and eaten and washed, and what their lives might have been like…

One night I looked up the 1901 census, which was newly online, and put in my address…and up popped a list of everyone who had lived there a hundred or so years ago. I looked at the list for ages, but the people’s names, ages and occupations weren’t enough; I wanted to know how they had lived. So I went to my local library and got out local history books, started whiling away the hours Googling leads on the internet, trying to build up a picture of the past.

I went to a local history centre, where I read electoral rolls and Edwardian newspapers. I realised my local high street had been quite affluent back then, full of music halls and shopping stores, and I thought what if someone who used to live in my house had perhaps worked in the music hall?

Then one day I looked up Holloway Prison and read a list of the five women who had been hanged there. Some I had heard of, like Ruth Ellis, the last woman to be executed in the UK (in 1955).

And some I hadn’t, like two baby farmers Amelia Sach and Annie Walters, hanged in 1903. And I thought, what on earth was a baby farmer?

Then I found a newspaper report on their arrest and trial…and so began the novel. 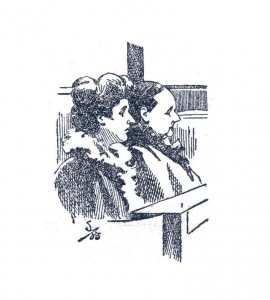 Shortly after I’d finished writing The Ghost of Lily Painter I was contacted by a woman who had only recently found out that she was related to Amelia Sach. Here is her story

Amelia Sach and Annie Walters also featured in ‘It’s a Fair Cop! Crime and Punishment in Islington’ at the Islington Museum.

Listen to an interview about The Ghost of Lily Painter and a discussion on baby farming on Woman’s Hour with Jenni Murray.

“I read it in two days flat and enjoyed it hugely – a wonderful combination of ghost story, detective story and social history,”
– Gaynor Arnold, Author of Girl In A Blue Dress

“I enjoyed it so much – stories of “then” and “now”, and beautifully balanced between the two,”
– Judith Flanders, Author of The Victorian House

“A highly skilful combination of story, history, character and fact and provides all the perfect escapism one could wish for from a novel,”
– thebookbag.co.uk

‘A dramatic love story, a little mystery, a little history… all the ingredients for a great read’ – Brick Lane Book Shop chose Lily Painter as a staff recommendation for 2013

Listen to Born and Bred – Stories of Holloway Road, a Rowan Arts project which tells the stories of 51 people with a connection to Holloway Road, half of whom were born and raised in Islington